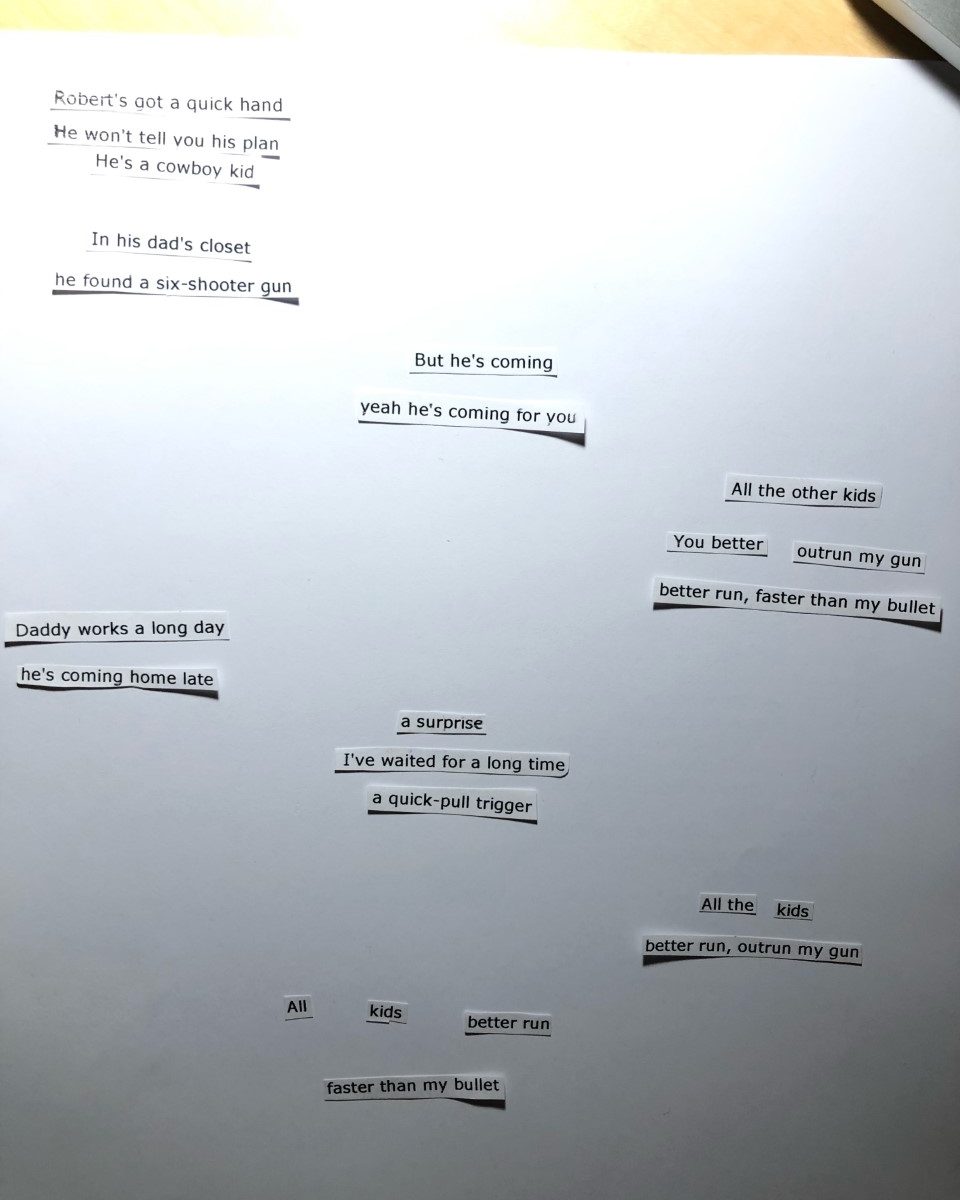 For my found poem, I chose to analyze the song Pumped Up Kicks by Foster the People. The song seems like a fun, entertaining tune but it has a deeper stark meaning. Foster the People wanted to bring school shootings to attention through the lyrics and even though it was recorded in 2010, it is still unfortunately prevalent in society today. To convey this hidden message, I chose to emit every time “pumped up kicks” came up. I didn’t want readers to automatically know the poem was about the song and wanted to build a story about the shooter himself.

I followed a pattern of introducing a situation on the left side of the paper, transitioning it in the middle, then stating the chorus on the right. I introduced Robert, or the shooter, and how he was an odd kid who found a gun. Then stated how he was coming for you, which I liked because it brings the reader in personally like it is affecting them. The next section I introduced his dad and how he works hard and comes home late yet transition it with Robert having a fatal surprise for him. I also changed the chorus each time. To begin I kept more words in and started it with “All the other kids” but then changed it to “All the kids” and finally ended it with “All kids.” I did this to show the progression and how the violence at first affects only a select few but can grow and grow to injure kids and families from everywhere.

Creating this I learned a lot in how to convey a specific message. I was able to take a song that many people listen to in a joyful mood and show them what it is really about and how it was produced almost a decade ago yet is still rampant in our society. It also relates to how desensitized we are to lyrics like this which again shows how school shootings and violence are part of our every-day lives.

4 Replies to “Pumped Up Kicks: Cheerful Tune or Stark Warning?”