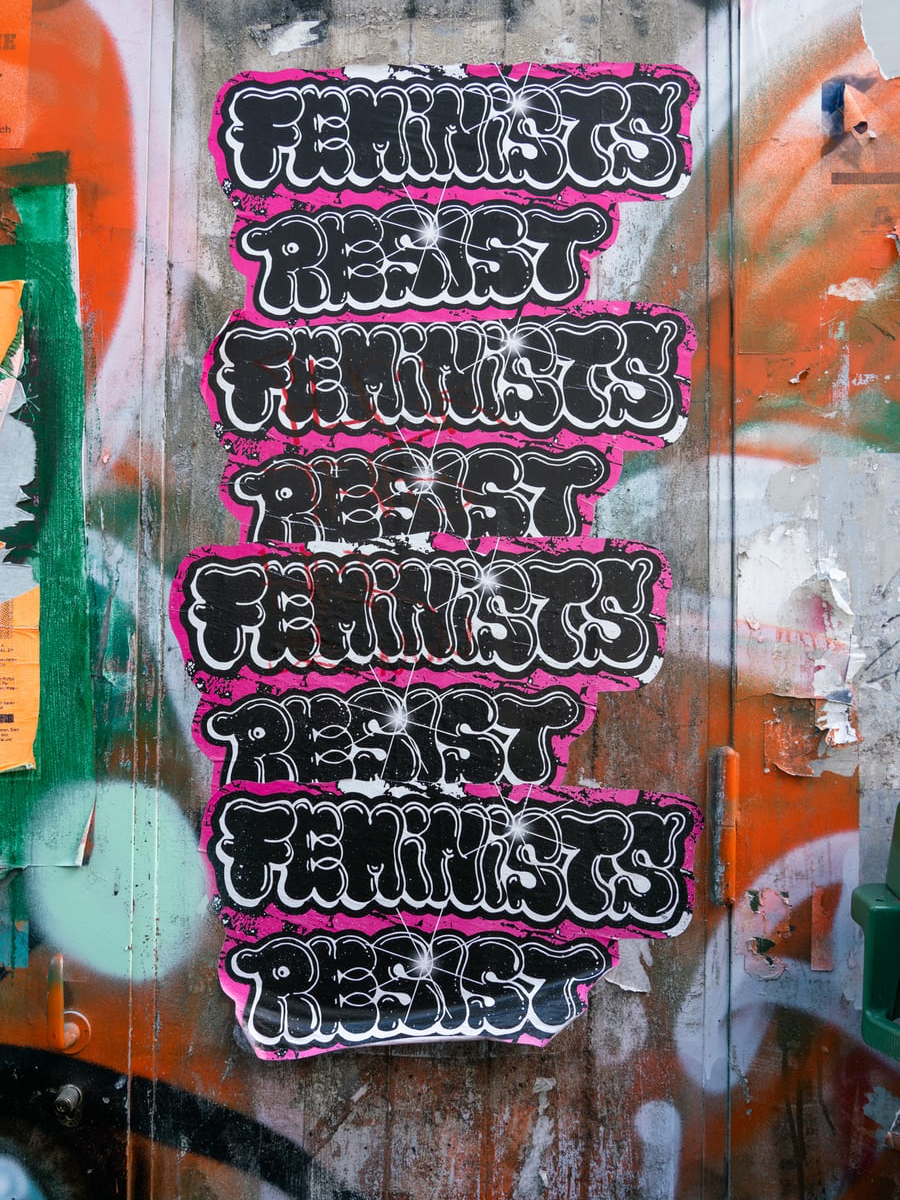 Feminists have reclaimed what used to be negatively called the “feminist killjoy” and have successfully made it their own. This is most present in an article written by Sara Amhed titled “Feminist Killjoys”. She writes about the courage of feminists having their own voice and remaking unkind words into something extraordinary. She brings up countless examples of this such as, “Does the feminist kill other people’s joy by pointing out moments of sexism? Or does she expose the bad feelings that get hidden, displaced, or negated under public signs of joy”? Ahmed makes sure to point out what would be the so-called previous “norm” for feminist killjoys and then twists in into a sensible and comprehensible version that anyone could understand. She even goes as far to give sexists and racist alike a shread of agreement when she says “ Feminists do kill joy in a certain sense”. Then she rips the rug out from under everyone by saying, “they disturb the very fantasy that happiness can be found in certain places. To kill a fantasy can still kill a feeling”. Ahmed beautifully says that now what a feminist killjoy can accurately be described as is someone that kills a fantasy that has no room existing in today’s society. Ideals such as racism and sexism have the right to be stomped out by today’s “killjoys” and that is exactly the idea Sara Ahemd gives to the reader to take away from in her essay.

To define the “Feminist Killjoy” it must first be dissected into its two terms. The Oxford English Dictionary loosely defines the act of feminism as someone who advocates for the rights and equality of women while a killjoy is said to be someone who makes an otherwise “fun” situation awkward by bringing up something how something played off as enjoyable is actually distasteful. Examples include, a woman bringing up the reality of sexual assault after a rape joke is told or a person of color explaining the disproportionate rates of police brutality when a white person says “but don’t all lives matter”. These words do not have a particular etymology, as they are so new to our vocabulary. However, the term feminist is shown to have come from an English and Latin descent, mostly from the Latin word “fēmina”. The combination of feminist and killjoy has not been commonly used in everyday speech, as shown by Google Ngram.

This is, fundamentally, what the union of “feminist” and “killjoy”  has come to mean recently. Examples of his can be seen in exquisite works of literature such as Mean by Myriam Gurba and A Raisin in the Sun by Loraine Hansberry and, as previously stated, Sara Ahmed in her article “Feminist Killjoys. All of these women have stories to tell as to how they were brought down, criticized, for noticing society’s wrongs. Feminists want to be able to create a safe space for those who have been left behind as they have been. For calling out a racist slur or a sexist joke, as this is still typical societal behavior, the feminist becomes the agressor and therefore the “feminist killjoy”.

The notion of feminist killjoy helps us better understand literary texts in a more complex way. In several of the novels we’ve read this year, feminism was an important theme. But in these books, characters that appear to represent feminist values are ridiculed. Although “feminist killjoy” is not used in these books, many of the narrators and characters we have read about fit under this archetype. Myriam Gurba writes in her novel Mean about being a feminist killjoy. She writes that being mean is a defense mechanism and a way to stay entertained. Additionally directing her mean ways toward boys is “a second-wave feminist duty” and closes by saying that “being a bitch is spectacular” (Gurba 17). It is not that she hates men, nor is a cruel person. Rather, in light of all the abuses women have faced at the hands of men, she feels that it is only right for women to be allowed to be mean to men. It is expected that a women be kind, even in the face of aggression and harassment. But Gurba, having been sexual assaulted herself, rejects this ideal and embraces being mean. It makes her feel empowered and counters that patriarchal notion that women need to be polite.

In the play A Raisin in the Sun by Lorraine Hansberry follows a poor African-American family who must decide what to do with a life insurance check they have just received. It takes place during the 1950s. One of the members of the family, Beneatha Younger, is a young woman aspiring to go to medical school and become a doctor. The desire to be a doctor was uncommon for anyone women at the time, but especially black women, who dealt with racism and segregation on top of the sexism still prevalent at this time. She deals with sexism from her own family members. Her brother, Walter Lee, states “Ain’t many girls who decide [to become a doctor]” (36). Beneatha is able to complete the sentence, showing that this is a conversation she has had before. Walter does not outwardly condemn her for her career choice, but tries to guilt her for all the money that she will spend on medical school. But as a true feminist killjoy, she flips the script on him and tells him to leave her alone because the money is their mother’s, and “picking on [her] is not going to make her give it to [Walter] to invest in any liquor stores” (38). It’s not ladylike, and Walter is upset by it, shaking his head at his sister and wife for their lack of support before exiting the house. In this defiance, she not only stands her ground in becoming a doctor, but contradicts her brother’s own desires as he has done to hers. Here Walter shows us the typical view of women at the time, and what he hopes Beneatha will end up doing. Beneatha proves to be a feminist killjoy by not doing what her family hopes for her and instead pursuing a tough and expensive path.

Another reason that Beneatha is a feminist killjoy is due to her rejection of typical social norms such as marriage and domestic life. Other characters in the story, including Walter’s wife Ruth and one of Beneatha’s suitors express a desire for her to marry and settle down, as women were supposed to. Beneatha tells Ruth “Listen, I’m going to be a doctor. I’m not worried about who I’m going to marry yet – if I ever get married” (Hansberry 50). She tells her suitor, Asagai, that he “never understood that there is more than one kind of feeling that can exist between a man and a woman- or at least, there should be” (Hansberry 63). Asagai disagrees, saying that “there need only be one type of feeling” (Hansberry 63). Beneatha tells him that it is not enough for her, even though he says that “for a woman it should be enough” (Hansberry 63). In these scenes, Beneatha rejects the role she is supposed to play in this time and place. She is supposed to get married and be content with a domestic life. That is what her family, and her prospective husbands want for her. Even though it will make her life harder and disappoint people, Beneatha continues to fight for what she believes in and what she wants to do, effectively proving herself a feminist killjoy.

In reading A Raisin in the Sun and “Mean” with the idea of a feminist killjoy in mind, it gives these moments more importance, makes them a celebration of strong women. Though it is discouraging that people try to shame women for their ambitions and personalities, when we classify these women as feminist killjoys, we see how they take back their power. They claim their killjoy title and take pride in it, as Ahmed does with her essay. Being a bitch is being a powerful woman. Being a feminist killjoy is being a woman who is unapologetic about what she wants.

Hansberry, Lorraine. A Raisin in the Sun. Vintage Books, 2004.