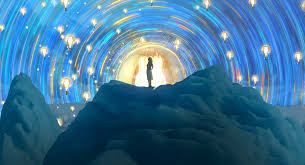 Ever since we were little, we were told that we should have dreams; dreams about what we want to be when we’re older, dreams about what kind of houses we would want to live in, dreams about what we would want to do with our lives. These dreams kept us excited and hopeful about our futures, and that is why it is so difficult to let go of them sometimes. We have all given up on at least one of our childhood dreams, like becoming an astronaut or a Nascar driver. However, unlike some of us, the members of the Younger family are very determined to hold on to their dreams and fight to make them reality.

Lorraine Hansberry sets the scene and tone of the play in the preface of scene one. Readers are introduced to an apartment that seems small enough to only call it a “room”. She uses a lot of personification in the preface to make it seem as if this room has a personality. For example, Hansbury writes “[the furnishings] have clearly had to accommodate the living of too many people for too many years– and they are tired,” showing that a room that has been lived in long enough can seem to take on human feelings. Hansbury’s use of personification and dreary word choices makes readers sympathize for something not living– a “living” room. Readers can only dream that this room and it’s inhabitants will one day be free of the gloom and decay.

Lorraine Hansberry really does do something very different and interesting in the preface of the first scene. She shows readers the dark and depressing setting of this living room, which sets the tone for the whole play. However, these feelings that are projected onto the readers are subconsciously being turned into hope; hope that the dreams of the characters living in this place will come true.

It is clearly shown within the first act that all of the members of the Younger family have a dream that they want to achieve, all of them being very different. The most evident dream that is introduced is the one of Walter. Almost immediately after waking up, Walter asks Ruth about the check that is supposed to come in on Saturday, even though it is only Friday. Readers can see that money isn’t in abundance and is obviously important to the family considering the apartment that they live in. But Walter doesn’t seem to be worried so much about their living conditions. Walter and Ruth are put into a tense situation when Travis asks for fifty cents, and that is when Walter wants to tell Ruth about what he was thinking about in the bathroom. He reflects on the time that his friend Charlie Atkins wanted Walter to go into the dry-cleaning business with him. He seems envious and bitter while talking about it because Charlie is now “grossing a hundred thousand a year,” (32). This is when readers start to piece together why there was so much tension between him and Ruth when he gave Travis the fifty cents (more on this in a bit). Walter then goes onto tell Ruth about his dream of opening a liquor store, saying, “You see, this little liquor store we got in mind cost seventy-five thousand and we figured the initial investment on the place be ‘bout thirty thousand, see,” (33). Readers may think that Walter’s dream is only to own a liquor store, but it goes deeper than that, considering previous actions.

Walter doesn’t only dream of owning a liquor store. In the bigger picture, Walter dreams of living a life where his family doesn’t have to worry about not having enough money. I came to this conclusion through the close reading of Walter’s dialogue and actions. One of the first things he mentions is the check that is supposed to come in. He seems very on edge, asking Ruth multiple times “What’s the matter with you?” and snapping at her when she tells him to eat his eggs (26). It is obvious that Walter would be a lot more relaxed if there was a check in the mail for him that day. Additionally, Walter’s actions are very different from Ruth’s when Travis asks for fifty cents. Ruth shuts him down immediately, saying “Well, I ain’t got no fifty cents this morning,” and continuing to dismiss him when he brings up the money. However, when Walter hears Ruth telling Travis that they don’t have the money, Walter says, ‘“What you tell the boy things like that for?” (Reaching down into his pants with a rather important gesture) “Here, son,”’ (36). He then continues to give Travis another fifty cents for fruit or a taxicab. Travis is obviously estatic and this pleases Walter. The final example of why Walter’s dream is more than just opening a liquor store is shown when he talks to Ruth about how he sees his life. Walter says “‘I’m thirty-five years old; I been married eleven years and I got a boy who sleeps in the living room’– (very, very quietly)– ‘and all I got to give him is stories about how rich white people live…’” (34). For me, this final quote really confirms the idea that Walter’s real dream is for him and his family to not have to worry about not having enough money.

The Youngers live in a world where they are surrounded by the privileges of white people and how life is much easier for them. Walter doesn’t want his family to live in this kind of world anymore. They always see how much more money white people have and all the things that they can do with their money that the Youngers can’t. Walter wants to open his own liquor store so he can have a shot at making a lot of money so he and his family can live comfortably and not have to be envious of people who do have money. Walter doesn’t want to tell Travis stories about “how rich white people live” anymore. Walter wants to tell him stories about how he had a dream and made it a reality.

-Who’s dream can you relate to the most in Act I and why?

11 Replies to “Deep Dive into Dreams”